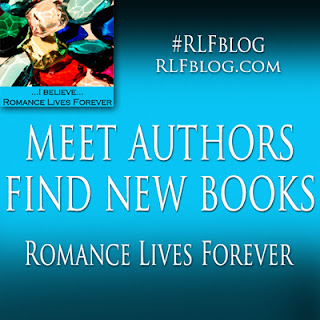 Join us on our powerful new Wordpress site and discover authors and books every day.
https://rlfblog.com

This is the last day of posts on the old Romance Lives Forever blog site.

It's been home since 2009 and a wonderful place to learn about authors and new books. There have been well over 1500 posts and untold number of readers. I look forward to visiting every day.

As of tomorrow, May 17, 2017, the hashtag #RLFblog is moving to its new location https://rlfblog.com on the Wordpress platform. I'd love for you to come over, follow the blog via RSS, email or social media.

The new site allows easier navigation, better interface with social media, and enhanced features on the back end. On Blogspot, if I want to change something about a keyword that's been used on several posts, I must go to each individual post. On Wordpress, I simply go to the list of keywords, change it once and it changes on all the posts at once. There are many other features, best of which is that I own the domain name and I can decide what to host, what to share, and how to share it.

The new site permits a dropdown menu with subheadings. If I want to see what books are in the Military Romance category, I can point to the word Romance at the top, and a dropdown menu shows up. I can then choose Military from the list. But surprise! When I point to Military, it shows a sub-category of its own: SEALs. The same way in Paranormal, where it shows Ghost and Shapeshifter. There's also an enhanced search feature at the top left of each page. Entering a book title or an author name will bring up every mention of it on the site. Come try it out!

Authors, be sure to sign up on the new site for a spot on the blog. All posts on this site with active books were moved to the new site.

While I'm saying good-bye to Blogspot, it is a fond farewell and a grateful one. This site was home for many years and I honed my blogging chops here. Now, it's time to move onward and upward. Farewell, Blogspot, and thank you.

The new site will have the same social media connections (with enhanced sharing) plus be connected to Triberr and have an even better reach there.

I want to send a shout-out to Dee Owen at Personalized Marketing, Inc. who helped me design and implement the new site. I could not have done this without her. If you need help with a website, blog, or you want expert marketing assistance, don't hesitate to contact her. Do tell her Kayelle Allen sent you. You'll get a nice discount. 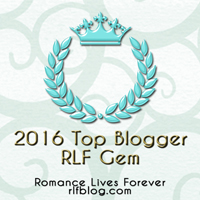 In preparation for the move from Blogspot to Wordpress, I'm sharing the RLF Gem Bloggers of this site. Each Saturday for the last few weeks, I've showcased a different author.

Sabrina has appeared on the Romance Lives Forever blog twenty-two times. She has been an RLF Gem multiple times and was Blogger of the Year in 2015. The position is chosen by the amount of visits the author's post receives.
I'm proud to present Susan with the 2016 RLF Gem Award.
Others who won monthly top blogger awards in 2016 were Livia Quinn, Vicki Batman, Collette Cameron, Jackie Weger, Tina Donahue, Regina Kammer, Nicole Morgan
My thanks to each of them for making Romance Lives Forever a great place to find authors and books.

Beyond Fate
Years of separation mean nothing when love is in the air…
Julia Diaz never wanted to fall for her friend's older brother, especially at a college frat party. But, for some reason, her heart was stolen by Russell that night. Eight years after, she never forgot him. Now destiny has brought them together. Only this time Russell is no longer a boy. He’s a man who knows what he wants and will not be denied.
Russell Webb used to be optimistic, and fun loving until a family tragedy turned his world on its side. Putting all his focus on work, he picked himself back up, and managed to turn his grief into something resembling a life. When a woman from his past reappears, and gives him a glimpse of true happiness, he’ll do anything to secure her heart. Even face the darkness he has avoided for so long.
Genre Contemporary Romance
Book heat level (based on movie ratings): R
Publisher Inkspell
Amazonhttps://www.amazon.com/dp/B06XQ4G49P
Kobo: https://www.kobo.com/us/en/ebook/beyond-fate-6
Itunes: https://itunes.apple.com/us/book/id1216719082
Barnes and Noble: http://www.barnesandnoble.com/w/beyond-fate-susan-v-vaughn/1126009974?ean=2940157159917

Romance Author Susan Vaughn understood the meaning of sarcasm before she could walk. Her childhood in the suburbs of Detroit was spent mainly trying to outwit her six creative siblings. When she wasn’t working on the next soul-crushing jab, she sharpened her imagination on romantic literature and day dreamed about her knight in shining armor.
It didn’t take long for this hairdresser by trade to turn her passion for reading romances into writing her own unique love stories. Susan lives her life finding laughter in all situations, and delights in marrying sarcasm with romance to create realistic falling-in-love stories in the unlikeliest of scenarios.
Susan lives on the shores of Lake Huron with her real life knight in shining armor and enjoys watching their three children learn the art of sarcasm and wit.
Website www.susanvvaughn.com
Twitter https://twitter.com/susanvaughn1124
Facebook https://www.facebook.com/Susan-V-Vaughn-123758787958942/?ref=bookmarks
Goodreads https://www.goodreads.com/author/show/14660814.Susan_V_Vaughn
Amazon Author Page https://www.amazon.com/Susan-V.-Vaughn/e/B016H54WWI

Posted by Kayelle Allen at 7:05 AM 6 comments 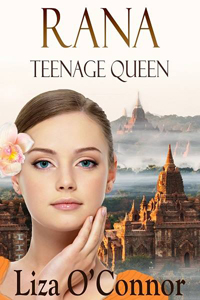