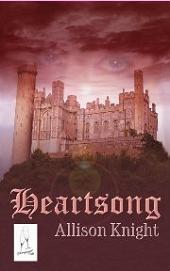 Award winning author Allison Knight began her writing career like many other authors. She read a book she didn’t like and knew she could do a better job. She grabbed paper and typewriter (computers were not available back then) and announced she was going to write a book. Her children hooted with laughter.
“Yeh, Mom, when cows fly,” her daughter declared.
She took classes, joined a critique group and wrote, rewrote and wrote some more.
When her first book sold, she came home from her teaching job to find a stuffed toy cow rotating from the ceiling fan in the family room. It seemed - “Cows did fly!”
Since that time, Allison has written and published seventeen romances with her latest medieval romance released in August. She has a valentine novella coming out in February. Because she loves to share her knowledge and her love of romance novels she often blogs with other authors. She also loves to talk about the growing digital market.
You can find her at:
http://www.AllisonKnight.com
or on her blog:
http://www.AllisonKnight.blogspot.com
Posted by Kayelle Allen at 11:38 AM