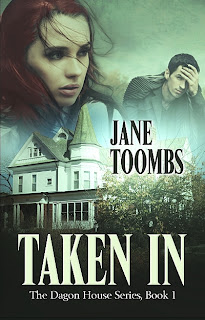 Going back to New Year's Eve of 2009, I made a resolution that I had to finish the first book in every series I'd done synopses for before I could dream up any more series. Hey, I was awash in them, and hadn't proposed any to publishers because the first book wasn't finished. I've renewed that resolution for the past two years and will in 2012 as well.
So far I've sold five series, but only one, a trilogy is finished. Why? Because I didn't think ahead. I didn't see that when you propose a series and send the first book, the publisher is going to want the rest of the series ASAP. So it's slow going.
As for using real names, a couple of my writer friends have had people write and tell them that they used somebody's real name in their books. Usually the person was thrilled. But some were angry. Or threatening to sue. I have never heard, though, that any suit did happen.
So when I became fascinated with a new friend's last name and decided I wanted to use it for a series, I asked her if she or her husband would mind. He told her he'd get a kick out of it and, she, a writer herself, thought it'd be fun. I didn't use either of their first names, though.
The name is Raffin, and that name in my imagination translated into a family where anything could happen. Since I like to write paranormal suspense romance, that name was perfect.
So The Nonesuch Raffins Series of five books was born some time ago, but is now contracted for with Devine Destinies. Being a plotter instead of a pantser, I first created an overall synopsis for the family before going on to write the synopses for the five offspring: two females, two males, and Gray, a half-brother from the father's first marriage (his wife died). Since the different paranormal abilities all come from Gray's step-mother's side, he doesn't believe he's afflicted with any. His is the last book, and man, is he wrong. I expect to have a lot of fun writing the books.
Maybe as much fun as I've had writing my Dangerous Darkness Series for Red Rose Publishing. I'm down to the fourth and last book in that one and can hardly wait to write Stranger On The Shore. The first three are available now.and I'm giving away an electronic copy of the first book in that series, Shadow On The Floor to someone who comments.
This series begins with four Special Op Agents in a Central American jungle. They run into unfriendly fire and three of them believe they see their leader killed. The first three books begin with that prologue, using the POV of the hero of that book.
The first chapter starts with them back in civilian life in the States, facing a problem. The last book, though, has no prologue for a very good reason,
I like to read series as mich as I enjoy writing them. Another is my DAGON HOUSE SERIES of paranormal suspense romances for Champagne Publishing, The first book, Taken In, is out now, and is my give-away.

Gail flees New York City after witnessing a murder. Afraid the hit man has seen her, she heads for the Adirondacks. Jason, a secret agent reaches her before the hit man, but with the hit man on their tail, Jason swerves onto a narrow mountain road, losing the hit man, but crashing. Both are forced to take shelter in an old Victorian called Dagon House where a terrible danger awaits…
Find Jane Toombs here: http://janetoombs.com
Posted by Kayelle Allen at 10:26 AM