Not in the NFL by Terry O'Reilly 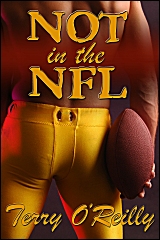 Adam Davis isn't gay! He can't be -- he's a super star NFL quarterback and gay men don't survive in the NFL. But along comes Brendan Fletcher, an outstanding, Super Bowl-winning linebacker who awakens something in Adam, something Adam hadn't known was there. And now it's wakened, the quarterback will never be the same.
Despite the threat to their careers and their personal safety, Adam and Brendan find themselves irresistibly drawn to each other, starting something that grows from gratification of mutual needs to something more. Can these men of strength and power on the gridiron overcome the homophobia of their profession? Can they make what they have found stand for something more important than the fame and fortune of playing NFL football or even becoming Super Bowl champions?
*** 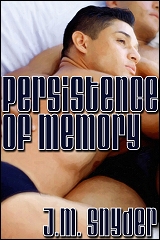 Persistence of Memory by J.M. Snyder

Gay Futuristic Romance
http://www.jms-books.com/index.php?main_page=product_info&products_id=365
Blurb:
Five years ago Joah was culled -- kidnapped by the government to be trained as a soldier. In the process, they erased his memory, destroying his past, his dreams, everything but his name. Armed with that alone, Joah escapes from the facility in search of someone to help him recall the man he used to be.
That person is Tobin, Joah's husband, who never gave up hope of finding him again. He refuses to believe that the strength of his love alone won't be enough to bring back Joah's memories of their shared lives, and he's determined to bring back the man beneath the soldier, the man he knows has to love him.
But an alarm in the chip blocking Joah's memories was triggered at his escape, and if it isn't removed soon, it will shriek his life away. Removing it won't bring back his past, and may destroy the present that Tobin has tried so hard to build between them. How can the love they once shared possibly survive?
NOTE: This e-book was a finalist for the 2008 EPPIE Award in the GLBT Category.
*** 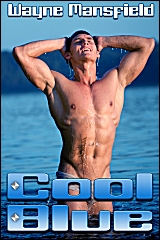 One morning he has to deliver a parcel to the mysterious Mr Christian O'Neill, who lives in an oddly-shaped mansion on the outskirts of town. Not much is known about Mr O'Neill, although there is certainly an abundance of rumours -- a faded rock star, a media-shy actor. Alexander can't wait to find out the answers for himself.
Rather than being odd, Christian turns out to be the most interesting person Alexander has ever met. In fact, he asks to come back, and with each consecutive visit, he learns more and more about Christian, and about the power of the mind and the wonders visualisation can bring.
But even as Alexander learns how to get what he thinks he wants, he loses Christian. Is it too late to find him again? And if he does, will what they had still be there?
*** 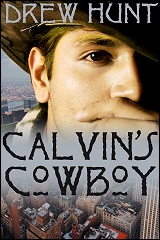 Blurb:
Calvin Hamilton reluctantly returns to his home town of , to sell his parents' house. Finding the place in need of repair he hires John "Brock" Brockwell to renovate the house before putting it on the market. Brock bares a passing resemblance to Gary Cooper, especially as he often wears western clothing. Calvin has always had a weakness for cowboys.
Time has reversed the two men's fortunes. In high school Brock was the big man on campus, his popularity allowing him to hide his true nature. Calvin was a nerd, bullied by most of the jocks for being perceived as gay. Now Calvin is a successful advertising executive, and Brock is a divorced father with a teenage son who faces financial ruin, unable to pay his late father's hospital bills.
Can Calvin put past bitterness behind him and help the cowboy with whom he is rapidly falling in love? Will the deeply closeted Brock be able to admit he has feelings for Calvin? Or will pride, fear, distance, and the past prevent them from building a future together?
***

After by Chuck Willman 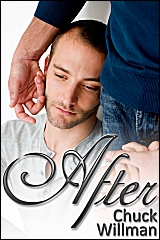 Blurb:
Chris and Gabe have been together for nearly twenty-five years, and have enjoyed a very
active life until Chris becomes too ill with AIDS to continue the lifestyle to which they had grown accustomed. Chris now requires home visits from a nurse. Gabe, a handsome counselor at the local HIV/AIDS clinic, has arranged for one of the new nurses, Trevor, to be Chris's primary caregiver. Trevor is a hunky, Nebraska-born, ex-farm boy with a heart of gold.

Chris doesn't want to die without knowing Gabe will go on with his life, which includes loving another man. That becomes Chris's goal: to find a new lover for Gabe. But the plan becomes more imperative when Chris lands in the hospital and everything starts to go awry.