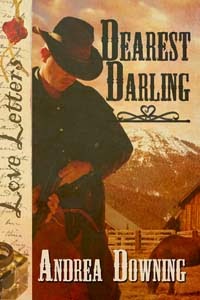 I see my characters clearly in my head. I hear their voices. I'd know them on the street and I understand them perfectly, what they would do in any given situation. When people ask me, what actor would you have play your hero or heroine in the film of the book, it's difficult for me to answer because I envisage what they look like so plainly, and it's not like any actor I know. So, with all this clarity, all this precise depiction, why do I get the occasional comment in a review that completely contradicts what I know my character to be?
When I wrote Loveland, it was perfectly apparent to me that Lady Alex was the product of a neglected childhood. Her father had made it clear that he hated her, had sent her off for several years to live in a strange country, on a rough ranch, with no one of her own age. He then forced her into a disastrous marriage. Now, with all this behind her, she wanted to be independent—especially of men. She wanted a career. So why was it that a couple of people commented that they thought she was spoilt? Yes, as a member of the aristocracy, she had a maid, wore fine clothes, but did that imply she was spoilt? What happens is that the reader puts his or her own interpretation on the book; one reader might agree with me that Lady Alex was the product of her background with expectations to have these accouterments, but the next reader might have the view that these things make Lady Alex spoilt, that she had expectations beyond the norm. So who is right?
In a way, both of us. A reader can only interpret what she reads from her own knowledge or background of experience. The author must strengthen the characterization enough to get the correct interpretation—the reader is not going to get what is in my mind by osmosis! It has to be down on the page. Perhaps the author must account for the breadth of viewpoints of her readership, the variety of experiences that readers are bringing to the page. On the other hand, I have to ask myself, could I, for instance, have created someone of Lady Alex's background without the necessary props to show exactly who she was?
So, how does the author create a character? First of all, the author shows the back-story of the character—let's call him Charles for now. Charles has a body of experience behind him when the story begins that has helped to shape his character. As the novel proceeds, Charles will act and react to events, and the reader will know his thoughts on these events. When we're in his POV, we'll show his inner conflicts (is he torn between sweet Betty Lou and the glamorous Megan?), the emotions and tensions within him. We'll relate his view on his relationship with other characters in the book; does he hate his father, is he bored stiff by his aunt? And we'll describe his appearance, his quirks and his ticks; he's grown a beard, he plays incessantly with the ring on his finger.
Now comes the reader, Miss R. She gets the back story in drips and drabs so that a picture begins to form. Charles went to a posh school; Miss R thinks that means money in his background—that is, until it is revealed he was a scholarship student. Then her view of him
changes somewhat. He buys a coffee and his hand shakes and a spill burns him. Miss R. wonders if he's ill or nervous? Meantime, both Betty Lou and Megan are equally likeable and have an equal amount of faults. But Miss R is sitting in NYC and thinks the choice should be Megan, while Mrs. Farmer favors Betty Lou. Now we have 2 different interpretations of what's going on, what's going to happen and what SHOULD happen. Further complications arise when it becomes apparent that Charles hates his father and Miss R. did too, but Mrs. Farmer adored and worshipped hers so thinks ill of Charles. Finally, there's that beard. Is it hiding a scar? Is he playing with that ring because he's nervous or because he wants to remember the beautiful woman who gave it to him?

The author has no control over what goes on in her readers' minds and, at the same time, we don't want to give away the whole story at once. Part of the telling is in letting out the secrets and the story in doses, but in such a way the reader reaches the correct interpretation of the character. And if we don't do that, then, perhaps, we, as authors, have failed.

Author: Andrea Downing
Genre: western historical romance
Publisher: The Wild Rose Press
Stuck in a life of servitude to her penny-pinching brother, Emily Darling longs for a more exciting existence. When a packet with travel tickets, meant for one Ethel Darton, accidentally lands on her doormat, Emily sees a chance for escape. Having turned down the dreary suitors that have come her way, is it possible a new existence also offers a different kind of man?
Daniel Saunders has carved out a life for himself in Wyoming—a life missing one thing: a wife. Having scrimped and saved to bring his mail-order bride from New York, he is outraged to find in her stead a runaway fraud. Even worse, the impostor is the sister of his old enemy.
But people are not always as they seem, and sometimes the heart knows more than the head.

Andrea Downing likes to say that when she decided to do a Masters Degree, she made the mistake of turning left out of New York, where she was born, instead of right to the west, and ended up in the UK. She eventually married there, raising a beautiful daughter and staying for longer than she cares to admit. Teaching, editing a poetry magazine, writing travel articles, and a short stint in Nigeria filled those years until in 2008 she returned to NYC. She now divides her time between the city and the shore, and often trades the canyons of New York for the wide open spaces of Wyoming. Family vacations are often out west and, to date, she and her daughter have been to some 20 ranches throughout the west. Loveland, her first book, was a finalist for Best American Historical at the 2013 RONE Awards. Lawless Love, a short story, part of The Wild Rose Press 'Lawmen and Outlaws' series, was a finalist for Best Historical Novella at the RONE Awards and placed in the 2014 International Digital Awards Historical Short contest. Dearest Darling, a novella, is part of The Wild Rose Press Love Letters series, and came out Oct. 8th, 2014, and Dances of the Heart, another full length novel, comes out in February, 2015.

Amazon: http://www.amazon.com/Dearest-Darling-Letters-Andrea-Downing-ebook/dp/B00NGWT816
The Wild Rose Press: http://www.wildrosepublishing.com/maincatalog_v151/index.php?main_page=product_info&cPath=195&products_id=5842
Posted by Kayelle Allen at 7:00 AM