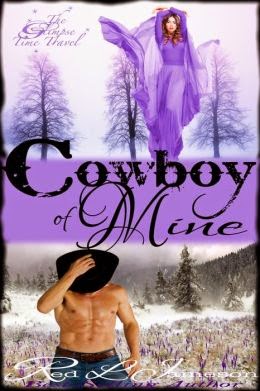 Tell us about yourself, please.
Hello. I'm Jacob Cameron. Jake. I've heard from my older brother, Duncan, he was interviewed here too, so I should have prepared better. Ach, but 'tis difficult to talk 'bout myself.
Um, let's see. I was raised in Durness, Scotland, the Highlands for those who don't ken. I was raised in the 17th century, but was rescued by a mischievous man who thinks he's the Norse god, Odin, who shot me through many other eras since I met him. Then I wound up in Montana in 1887, in a brutally cold winter. However, I met my Meredith who's kept me warm since.
What special skills do you rely on?
Well, I'm fast. I hope that doesna sound as if I'm a braggart, but I am fast. When the man calling himself Odin first landed me in the West, I learned how to draw a pistol and how to shoot the new fangled rifles, which have a hell of a lot better aim since the muskets of 1653. Anyway, I rely on my speed often.
Tell us about your significant other, that person who makes living worthwhile.
Oh, that's my Meredith. Actually, I've come to learn she's a doctorate. Mighty smart wee thing, she is, my Meredith. Well, what can I say about my sweetheart? She's bonny, ye ken? And she's just a wee thing, so when I saw her the first time, I thought she was part fae. I ken, I was bein' fanciful, but she does so look like a fae with her little nose and huge violet eyes. Aye, that's right. She has violet eyes that stole my heart from the very moment I caught sight of her. And, Lord, I havena even told ye about how brilliant she is, have I? She is. And she's generous. And brave. And, och, the list could go on and on.
What would that person say about you?
Hmm, that's a good question. What would Meredith say 'bout me? Well, she tells me I gave her a home and a future to look forward to, and that makes me right proud I've provided that for her. Makes me want keep providin' that for her too.
What is your family like?
(Jake laughs) My family, 'cept my mother o' course, was all lads. My poor ma, right? So I had four brothers, but one of my brothers passed away in a war now more than three hundred years ago. Still, I miss him, Douglas. My other brothers and I are close, we're the best of mates as well as being brothers, ye ken? We're all very different, but when we're together, we all fit. And now my brothers and I have been singled out by time-traveling deities. 'Tis difficult to stay a step ahead of the muses and gods flinging us through time, so we've discovered 'tis best to just relax and enjoy the adventure while it lasts.
Why are you happy (or not happy) with the way your story ended?
Are ye jestin'? I'm very happy. I ended up with the prettiest, wee lass I've ever seen. I have no idea how I got this lucky. But I am the luckiest man alive, I'd venture to say.

As a military historian by day, sometimes Red does feel a bit clandestine when she writes romance at night. No one knows that while she researches heroes of the past and present, she uses everything for her characters in her books. Her secret's been safe . . . until now.
She lives in Montana with her family and far too many animals but never enough books.
She loves her readers, so please feel free to contact her at http://www.redljameson.com
Why did you choose this character for the interview today?
As I began to write Jake, I just fell in love with the guy. He tries so hard to do the right thing, in a world where right and wrong are blurred. And he's a guy very similar to a couple fellas in my life, the kind of guy—very rare—who wears his heart on his sleeve. I really felt for him, because he's had a few broken hearts, so I had to give him a happily ever after of his own.
When writing the book, what did you discover about this character that surprised you?
Oh, Jake surprised me in every scene. He was so much more virtuous than I had planned. Although, he's in the Western era, in Montana in 1887, he's really a knight in shining armor. Okay, he's a knight in shining armor who happens to have a fast draw and looks good in a black Stetson.
Are any sequels planned for this book?
Oh, yes! Jake has his brothers and there are other Highlanders who need a good dose of time traveling and sassy, spunky heroines. So several more books are planned!
What genre(s) would you like to write that you haven't tried yet?
Well, with time-travel romance I fulfill my love of both historical and paranormal elements into one book. However, I would like to write historical romance books and paranormal romance novels as well. I have too many story ideas. So many ideas, too little time. However, I am thinking of no longer cleaning my house to make more time. So please don't visit me unexpectedly. Hee-hee!
What would your readers be surprised to learn about you?
Even though I have in my biography that I am a military historian, I think most people find it surprising. I am a woman, and military history is a very masculine career. And I can attest to that. I very rarely worked around other women. I think that's one reason why writing romance was so critical for me. I really needed more women in my life, and romance writers are mainly women. Yay!

Title Cowboy of Mine
Genre Time-Travel Romance
Author Red L. Jameson
Book heat level (based on movie ratings): PG13 verging into R
Book Three of the Glimpse Time Travel Series
The matchmaking, time-traveling muses have a huge problem. An angry Norse god has just captured one of their mortals, refusing to tell them where he took Jacob Cameron, let alone when.
As a seventeenth-century Highlander, being shuttled through time by a man calling himself Odin, might have been enough to crack Jake Cameron's sanity. He's kept his mind only through grit, gumption, and the single goal to somehow return to 1653 and his brothers. Landing in the freezing wilds of Montana in 1887, becoming the sheriff for a small mining community, Jake now needs to make a plan to travel back in time. However, when a wee fae-like woman walks into his life all his best-laid intentions becomes hazy.
As a thief and liar, Meredith Peabody knows she has no chance with the new sheriff in town. Although, he melts her frozen heart with his protection and smoldering looks. Even if she did have a chance with him, how could she ever relate she's not from this time? She might never get the chance because as soon as she realizes her winter's wish—for Jake to stay close—the criminal he's hunting turns the tables on him. But there's no way in h-e-double hockey sticks Meredith will let that happen.
The muses have their work cut out for this glimpse—chasing after a god, trying to find clues where and when their humans could be, and fitting in time for dress shopping has been murder. Gods, hopefully not literally!

Posted by Kayelle Allen at 7:00 AM