After finding his family brutally murdered, Blair tries to end his life, but is instead Changed by a vampire. Burdened by guilt and driven by rage, he dedicates his new life to fighting evil. When he fails to save a family from the fate his own had suffered, he retreats to endure self-imposed starvation while he immerses himself in his art.
Alone and penniless, May is hired by a mysterious gentleman who sends her to work at his friend's country manor. Mr. Black is even stranger than the man who hired her, but she is soon infatuated with the handsome, tormented artist who has deeper secrets than she could ever imagine. 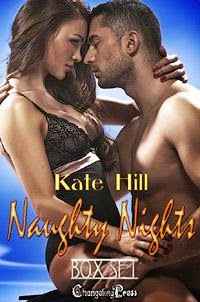 On the planet Shandra, a traditional marriage includes one woman and two men. Three
Earth women find lust and love with their sexy alien mates.

When Radiance, a merchant from Earth, crashes on the planet Shandra, she is taken into slavery and bought as a gift for Darkrock and Strongsea. Both desire the exotic human slave, but Strongsea's compassionate nature drives him to protect her against Darkrock's lust.
Security Chief Blackstare and his aide, Rocksurf, have been lovers since their training days. Still, Rocksurf hasn't been able to tempt the scarred, brooding warrior into a traditional Shand marriage. Little did they imagine it would take a willful Earth woman like Finesse to change their lives forever
On a diplomatic mission to the planet Shandra, ambassador Passion is abducted by thieves. She is rescued by two rugged warriors, Timber and Red, who claim that she owes them a sacred debt for saving her life. If she refuses to mate with them, the Shand will consider it an insult to their people. In spite of her anger about a forced marriage, Passion finds that sacrificing herself for her planet might not be as bad as she thought.