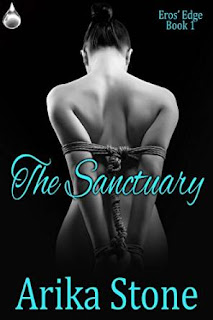 What was your biggest challenge in writing this book?
The biggest challenge was trying to describe Helsinki without ever visiting it.  I traveled to Finland a few months after writing the first draft so details about the location were added in during editing.  It was much easier for me to capture the spirit of the city after I was there a few times.
Why did you choose this character for the interview today?
I received some feedback from readers wanting to know more about Val and what makes him tick.  I heard that he was a mystery and they wanted to hear his point of view.  I hope this will give readers a little bit of insight into his personality.
Are any sequels planned for this book?
Yes! The second book, The Society is already written and is in the process of being edited.  I hope it will be released later this year.  A third book in the series is currently in progress and is tentatively titled, The Secret.
What genre(s) would you like to write that you haven't tried yet?
I have an idea for a Young Adult love story, but I am still toying with it.  Perhaps one day, I’ll write it.
What would your readers be surprised to learn about you?
I have my Master’s degree in Criminal Justice but never really put it to use – I opened my own wedding business in 2003 and I have seen it all:  from rustic backyard BBQ weddings, to lavish affairs.  I’ve been involved with over 80,000 weddings and events – although I’m not a wedding planner like Eve, I only supply items and decor for weddings.
Why should readers who haven't picked up one of your books before give this one a try?
If you loved 50 Shades of Grey, The Story of O and/or The Sleeping Beauty Series, give my series Eros’ Edge a try.  I’ve received lots of positive feedback that it was an excellent, quick read – even though its 122,000 words in length.
I describe the story as The Wedding Planner meets Carrie Bradshaw (Sex and the City) combined with The Story of O set to a rock n roll soundtrack. Plus it’s set in an exotic locale. It has sex, love and rock n roll, baby – what’s not to love?
Is there anything you'd like to say to your readers?
If you have any questions about the book or its characters or want to talk about the novel, feel free to connect with me on one of my social media accounts.  I love to talk to readers and would love to hear from you.

Title: The Sanctuary (Eros’ Edge Book 1)
Genre: Erotic Romance
Author: Arika Stone
Book heat level (based on movie ratings): R
Eve Lauren has it all — an elite New York City wedding and event planning business and a fabulous jet-setting life. When she discovers her fiancé, Jude Wright, cheated, she loses the joie de vivre for everything wedding related and gives up on ever finding romance. She escapes to Helsinki for vacation — a place she describes as “moody and dark.” It’s exactly how she feels after being burned by Jude.
Val Ruska isn’t looking for love. Infamous for being one of the most elusive rock stars to bed, the musician turned brooding artist can have any woman he wants, but doesn’t. Not any woman will do. But he’s intrigued by Eve, a single American woman dining alone, and invites her to dinner.
Val rocks Eve’s world as hard and fast as the music he plays. Eve explores her deepest erotic fantasies with him and finds a side of herself that she didn’t know existed. Their relationship causes Eve to question everything she believes about sex, love, and starting a family. Val can give her everything she’s ever dreamed of, if she’s willing to submit to his desires. But is she ready to give up her life in exchange for his? Reality sinks in when she returns to New York City and Jude seizes the opportunity to win her back—but Val isn’t so eager to let her go.