Who's that Girl? Breaking Down the Romance Heroine 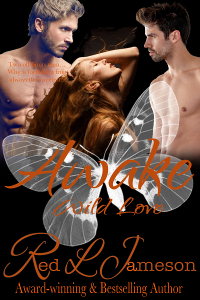 As a romance writer, generally we call our female protagonist a heroine. She’s usually spunky—that characteristic probably evolved from Austen’s incredible work; young-ish—although, there are some brave authors who are trying to write heroines who are in their forties or older; and she’s usually open to having a relationship or already wants one but hasn’t found the right guy; or she’s at some kind of disadvantage where a hero can save her. She, in turn, emotionally saves him.

This has been the standard for—oh, maybe—thousands of years. At least since Austen, which makes it more than two hundred years of this kind of woman as the central figure in the romance genre.
Nothing wrong with that. If that’s what you like, it’s what you like. And I’m the last person to judge because what I want in a heroine, I do get judged for, even being called subversive for it.
I want heroines who are perhaps too shy to be spunky. Or not young. Or maybe she doesn’t want a relationship because she’s tried her fair share of online and regular dating and it really, really, really sucks. Or maybe she’s incredibly rich and doesn’t have any need to be saved from financial doom by a hotshot duke. Or maybe, just maybe she’s emotionally secure and healthy and doesn’t need saving from herself. Maybe she’s complete, as is.
Or sometimes I want heroines who make big mistakes. Colossal. And I want to read how they turn themselves around and become better people.
But this latter example is controversial. In the movie Trainwreck, the character Amy is a drinking, sexualized, snarky woman who has to learn how to overcome her dysfunctions to become vulnerable with a man who loves her. Amy has to conquer her fears. She has to work at becoming a better person. She has to pursue her love interest when she realizes she could lose him. This kind of role is usually reserved for the male protagonist or hero in a romance.
It’s a simple switcharoo of gender roles. Or is it? Or is it a lot more complicated than that?
In Kameron Hurley’s latest article, “In Defense of Unlikable Women,” she compares the two protagonists of the movies Sideways and Young Adult. Both protagonists drink too much, one steals to help a buddy cheat on his fiancé, while the other actually tries to have an affair with a married man. One protagonist is male. The other female. The female character is called “thoroughly unlikable,” “angst-driven,” and “controversial.” The male character was “critically applauded.” In Jami Gold’s blog post, “Why is ‘Unlikable’ Often a Deal Breaker for Readers?” she also notes the double standard for hero and heroine characters, asking, “The majority of [romance] fiction readers are female, and the majority of those giving pushback to ‘unlikable’ heroines are women. So the question becomes: Why are we so hard on ourselves?”
Excellent question that I don’t feel qualified to answer, except for myself. I do want a variety of heroines. I want to read about a forty-year-old woman falling in love with a twenty-eight-year-old man. I want to read about a heroine who saves the hero from financial ruin. I want to read about a quiet girl who gets the guy. Or the overweight girl who falls for the hot hunk who falls for her without requiring her to lose weight or thinks anything derogatory about her body. I want to read about a woman overcoming great obstacles, some she might have created herself, to find not just love for someone else but for herself too.
Toni Morrison said, “If there's a book that you want to read, but it hasn't been written yet, then you must write it.” So, I do. That’s why I write because I want to read about women, real women who make mistakes, who pursue love, who chase after life and happiness with reckless abandon. I want to read about women like me.

Today's featured book is Awake, Book 3 of the Wild Love Series by Red L. Jameson.
About the Book
Title Awake, Book 3 of the Wild Love Series
Genre Contemporary Erotic Romance
Author Red L. Jameson
Book heat level (based on movie ratings): R
One, two, Secrets accrue; Three, four, Shame galore;
Five, six, Add two men to the mix; Seven, eight, My life’s about to disintegrate…
Off-limits.  Forbidden.
I shouldn't have slept with him.
Should never have fallen for him.
But I did—Secret #1
And I'm drawn to someone else.
He wants me too. This time, I do have an ounce of willpower.
An ounce.
But it’s waning, deteriorating quickly—Secret #2
Two secrets—secrets that are tearing me apart.
And Secret #3 is the hardest to keep.
I'm not the "good girl."
I'm not the "sweet one."
I hide behind a mask—a mask of lies.
But something within me is clawing the mask off.
Revealing the real me.
And my secrets.
Risking…everything.
The Wild Love Series is set in Wyoming and Montana, where things are little more…wild, where love can never tamed. Each book within the series can be read as a standalone and intended for a mature and adventurous reader. Enjoy and fall in love!
Buy This Book
Amazon http://amzn.to/1XN6IHW
Barnes and Noble http://bit.ly/28Y4epq
ARe http://bit.ly/22w95Q2
Kobo http://bit.ly/28ZBGgl
Smashwords http://bit.ly/28Y4yV5

About the Author
Red L. Jameson is an award-winning and multi-published author. She writes in many genres. Her pen name, L. B. Joramo, includes the odd combination of historical and paranormal for the Immortal American Series. However, it is under her “Red” name, her nickname too, where all her stories are strongly laced with love, including contemporary, historical, time-travel, paranormal, and erotic romance. Red lives in the wilds of Montana with her family and a few too many animals, and is currently working on her next novel that she hopes will make her readers laugh, cry, think, and fall in love.
Author Social Media
Website http://www.redljameson.com
Tumblr http://redljameson.tumblr.com
Twitter https://twitter.com/RedLJameson
Facebook https://www.facebook.com/RedLJameson/
Pinterest www.pinterest.com/redljameson/
Goodreads http://bit.ly/1Gvpo5O
Amazon Author Page http://goo.gl/Gvd2vq
Posted by Nicole Morgan at 7:00 AM