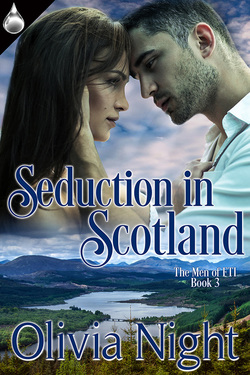 Genre Contemporary, Romantic Suspense
Author Olivia Night
Book heat level (based on movie ratings): R
She never thought she’d see him again. Not after what she’d done to them…
Sarah Cosgrove wakes from labor and emergency surgery to find her soul mate staring down at her. It’s been six years since she’s seen the face of the only man she’s ever loved. Since she broke Logan’s heart.
Logan Harper, a skilled killing machine and top ranking member of Fairlane Trade International, entered a hostage situation expecting the task to be quick and easy. It becomes anything but when he finds Sarah—the woman who broke his heart six years ago—giving birth to another man’s baby. When she tells him her life is in danger from the powerful and abusive father of her child, Logan has no choice but to protect the woman he once loved and her newborn baby, but he vows to never love her again.
As they trek through Europe to get to safety, the mystery of the last six years begins to unfold, and sparks fly and emotions rise to the surface. Can Logan keep the love of his life safe without letting her back in his heart? Can Sarah learn to trust a man again after being abused? Will soulmates reunite?

Olivia Night, a fictional character herself, has always been an avid reader and writer. She found the romance genre in college and has never been able to get enough. One sleepless night, the main characters of Book One in her Men of FTI  series sprang from her head fully formed. They demanded she tell their story; so she did. As they revealed themselves, so did two other intriguing characters. Those characters convinced her to give them their own books because their stories were worth telling too. And so Olivia suddenly became a romance author. When Olivia is not writing, she has the best job in the world, which, too, will remain a secret. In her free time, she reads, write, drinks wine, or is, most likely, out emulating Buffy the Vampire Slayer. Olivia lives in one of the most diverse and vibrant cities in the U.S. -- Baltimore. She lives with her cat, which she is convinced was a gladiator in his past life. Olivia plans to continue being awesome at this thing called life. Really, that’s her only goal.