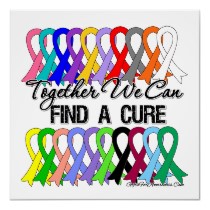 No one knows how Handsome got cancer. He had an occasional cigar. Worked out. Ate great. Lots of stress. Yet ten years ago, he was diagnosed with throat cancer. The doctors discovered it had spread from base of tongue to lymph nodes in his neck. He had chemo and was nuked--literally.
What we didn't know at the beginning of this year was the radiation caused bone decay in his left jaw because of poor circulation. Dentists couldn't diagnose the shadow on the x-ray until we met an oral surgeon who instantly recognized the problem and recommended hyperbaric oxygen chamber treatments. It was just like what you think-Handsome was put in a tube and dived for three hours every day. The tissue improved, but not the bone.
The oral surgeon removed two back teeth. But ultimately the jawbone crumbled in a thin spot. Surgery became the only recourse and would take ten hours. His fibula, surrounding tissue and vessels were transplanted to the jaw. A graft from his thigh would replace this area. The doc was optimistic; however, the transplant didn't work as the blood supply failed-the culprit: radiation. So back to surgery the next day and a chest muscle replaced the rejected bone.
Out of surgery, he had five drains, a cut from ear to ear. He couldn't eat because of infection to his mouth; so he had a feeding tube through his nose. A tracheotomy because of the swelling. He stayed in the hospital for eight days.
Being a strong guy going in, he started to walk, sat up, learned how to talk with the trach which was removed when he was discharged. For twenty hours a day, he was tethered to a feeding system until the tube developed a kink two days before scheduled removal and was extracted in the emergency room at the hospital.
Since, he has had a swallowing test and therapy to improve his swallowing. He lost thirty pounds and through a high calorie diet, has regained fifteen. There's a slight limp in his right leg. And a wicked scar on his chest.
I won't lie to you--this has not been easy.
After surgery, I said to my sons how I didn't want Handsome to undergo anything like this again. But we don't know what life will bring. Seventy percent of all cancers are random mutations. My hope for you is to take care of your body. Don't smoke. Eat well. Lessen your stress. And exercise.
For more information https://www.cancer.gov/types/head-and-neck/hp/oropharyngeal-treatment-pdq 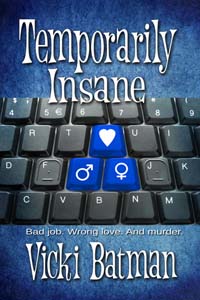 Temporarily Insane, a romantic comedy mystery: Bad job. Wrong love. And Murder. Hattie Cooks is still searching for her dream job and one might be available...in the Big Apple, far from friends, family, and Allan Wellborn, the man who still makes her heart race. In the meantime, she finds temporary employment at an accounting firm where two auditor friends turn up dead.
Detective Allan Wellborn dropped Hattie for Blonde Bimbo who, coincidentally, is employed at NLB where fishy things are taking place. When Allan interviews Hattie, he must determine why all signs point to her as a suspect.
Can Hattie discover why Allan dumped her and who is murdering auditors before death strikes again?