Removing the Layers (Under The Mask) by @AuthorNicMorgan #BoxSet #RLFBlog 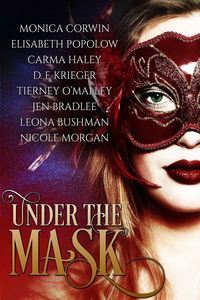 Today's featured book is Removing the Layers, a novella within the Under the Mask Boxed Set Boxed Set by Nicole Morgan and others.

Title: Removing the Layers (Under the Mask Boxed Set)
Genre: Contemporary Romance
Author: Nicole Morgan
Book heat level: R
Olivia “Livie” Maitland just passed her one year anniversary since her new lease on life began. On the outside she looked like a completely different woman, but on the inside she was still very much that shy introvert that felt more like the awkward wall flower, then the woman that everyone else seemed to see.
Jake Olson had been watching Livie from the moment he met her nearly two years earlier. Though he’d tried more than once to strike up conversations with her in an attempt to ask her out, his efforts were often met with her polite, yet obvious avoidance.
When their boss invites them all to a weekend masquerade party at his island retreat, Jake decides to take matters into his own hands and find a way to break through Livie’s nearly impenetrable defensive walls.
He just needs one night, one chance.
He needs her.