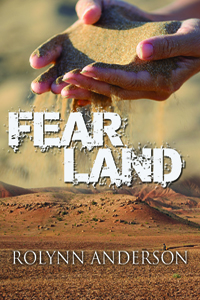 Guest post written by Rolynn Anderson
As this blog goes live, I'm involved in the Women's March in San Luis Obispo, California, along with 5,000 other women. I'll be proudly wearing the pink hat my sister made for me. In 400 locations across the world, a million or more women will be marching to support the precepts of equity, diversity and inclusion. I grew up in a period when women writer/activists like Gloria Steinem, Bella Abzug and others worked hard on these issues, making huge strides; I want the momentum to continue, using my writing to help our causes.
I remember wondering where the women were in suspense/mystery best-selling novels I read in the 1960's. Detectives, cops, agents, and villains got the word count; women were wives or lovers playing secondary parts. In fact, research tells us the last time women characters got the most ink in novels was in the late 1800's. That's probably why when I started writing in 2001, I gave leading status to the heroine, figuring female readers needed all the examples they could get of how a woman handles her position on a precipice. My heroes have almost equal footing with the heroine, but the spotlight is generally on her.
My novels are contemporary page-turners. Unique settings and clever villains create havoc for my heroine and hero, spiking the suspense and the romance. Humor, complex plots, and flawed characters with steep learning curves are bound to take the reader in new, exciting places. And, yes, women dominate the word count. On this Women's March Day, I salute the courageous women who came before me!

Tally hates to hear rants from people's brains. What does she do when those mind-screams threaten the man she loves?
Tally Rosella, an acclaimed psychiatrist who helps children fraught with anxiety, avoids adults because their brains rant at her. But the chance to start a second child study and connect her findings to PTSD, sets her squarely among devious colleagues at a big California university.
Army Major Cole Messer, Tally's new neighbor, won't admit that trauma from combat tours in Afghanistan destroyed his marriage and hampered his ability to lead. As a teacher of college ROTC and single parent, he's focused on enrolling his highly anxious son in Tally's study and getting back to active duty.
Someone is dead set against Tally's presence at the university, and blowback from her battles with co-workers put Cole and his son in jeopardy. Watch what happens when people struggling with shades of anxiety collide with corrupt, revengeful foes.

Scandinavian, Army Brat, English Teacher, High School Principal, Golfer, Boater, World Traveler, Author. With her experiences, Rolynn Anderson is fairly bursting with stories about extraordinary people and amazing settings, real and contrived. Now add her competitive nature and her love of 'the makeover.' As a principal, she and the staff she hired opened a cutting-edge high school; as co-captain with her husband on Intrepid, she cruises from Washington State to Alaska and back. As a writer, she delights in creating imperfect characters faced with extraordinary, transforming challenges. Her hope: You'll devour her 'makeover' suspense novels in the wee hours of the morning, because her stories, settings and characters, capture your imagination and your heart.
Website http://rolynnanderson.com
Twitter https://twitter.com/rolynnanderson
Facebook https://www.facebook.com/pages/Rolynn-Anderson/188767867821613
Amazon Author Page http://www.amazon.com/author/rolynnanderson
Posted by Kayelle Allen at 7:05 AM