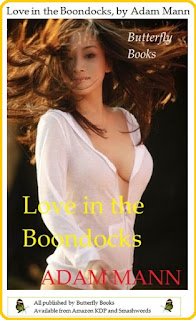 Dave is working for a development project with farmer families in remote and distant areas, often mountainous. Very few people speak English, and he works with several translators. He comes across primary school teachers who work in villages in those areas, and one of them who speaks English asks him for help with transport to one of the distant villages. She inadvertently invites herself for accommodation overnight in Dave's small village house.
Kim Anh comes from a family of teachers, and unfortunately is just recovering from a failed marriage, so meeting Dave is quite fortuitous and she instinctively cleans and tidies Dave's kitchen and bedroom.
Kim's departure to her new village is delayed as her transport is not available, until after the forthcoming luni-solar holidays, and she stays another day in Dave's house. The weather grows colder and Dave kindly offers her warmer sleeping facilities!
Kim had found Dave an attractive man when she first met him, but Dave found all young ladies beautiful, until Kim began to blossom under Dave's care.
Initial contact turns to passion and passion to deep love.
Everything works out well until Kim's co-teacher turns up with a baby, a non-husband, and big problems!

About Love in the Boondocks

Genre Fantasy Romance
The word originally military slang used by American soldiers engaging guerrillas in the Philippines before World War II, from Tagalog bundok, mountain, from Proto-Malayo-Polynesian *bunduk, elevated ground. The word has since been used by many others to denote a remote and wild area in any country.

Buy Love in the Boondocks

Adam has worked for over 50 years in what is called "developing economies". Most of the time Adam's work has been with the thousands of small scale farmers, who have appreciated sustainable livelihoods, so that they now have enough food to feed themselves, and also some to sell so that they have a cash income. That is why most of Adam's novels are set in these remote locations.
Two years ago Adam finally retired and started writing, and has now produced 25 fantasy romance books nine of which have been published, and sixteen self-published at Smashwords and Amazon KDP.
Adam is a member of the Romance Writers of Australia.