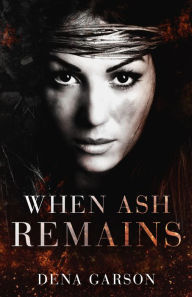 Welcome Dena Garson author of When Ash Remains, a new Native American historical paranormal romance.
Why did you write this book?
In truth, because a friend of mine nagged me for years to write it. The secondary reason was because the myths and legends of the Skinwalker fascinated me. I live in Oklahoma so some of those Native American stories seem a little more, well… real.
What is your favorite genre to read?
It depends on my mood – it's a mix of historical, paranormal, contemporary, fantasy, urban fantasy, and sci-fi romance. That's probably why I write in so many of those categories!
Who is your favorite character from fiction (not including your own)?
Doctor Who. Not only does he get to travel across the universe(s) but through time. He has seen (experienced) all kinds of people, places, and cultures. And yet he is a protector and has a strong sense of equality and respect for life. I hope that series runs for another 50 years!
What are you working on at the moment?
I'm working on a Steampunk romance as well as a follow up to Mystic's Touch.
What books will we see from you in coming months?
The Steampunk romance will be part of a box set that comes out later this year. And I'd like to get into a sci-fi romance set that a group has been putting together for later this year. *fingers crossed*
Please tell us about your latest book.
Genre: Native American historical-paranormal
Book heat level (based on movie ratings): R
A warrior with a mission
There isn't a buffalo or deer that Kajika cannot take down. So when his cousin is slaughtered he relishes the chance to track down the killer. The trail leads him to a woman with gifts he has trouble believing in. Despite their differences he cannot fight his instinct to protect her from all threats – even those he cannot see. That drive even rivals his desire to explore every inch of her body.
A woman with a destiny
Knowing the spirits will protect her, Ahyoka allows the handsome warrior to take her to be questioned by his chief about the unexplained deaths in their village. He may not believe in her abilities but he is one of the few who doesn't treat her like something to be feared or shunned. He awakens feelings that make her yearn for things she thought she'd never have. Her biggest fear is that once he learns the full extent of her gifts he will reject her like most of her tribe did.
A killer twisted by hurt and anger
Kajika and Ahyoka must work together to find the one responsible for the string of deaths in and around their villages. Faith, trust, and even a little bit of love will be needed to defeat the killer and right the wrongs committed in the pursuit of power and revenge.

Dena Garson is an award winning author of contemporary, paranormal, fantasy, and sci-fi romance. Her sixth book, Mystic’s Touch, won the 2015 Passionate Plume for Futuristic/Fantasy/Sci-Fi as well as the 2015 Reader’s Choice Award for Science Fiction/Fantasy/Time Travel. Ghostly Persuasion finaled in the 2014 Passionate Ink contest and the 2014 Reader’s Choice Award. Your Wild Heart finaled in the 2016 Passionate Ink contest.
When she isn't writing you can find her at her jewelry workbench playing with beads. She is also a devoted Whovian and Dallas Cowboys fan.