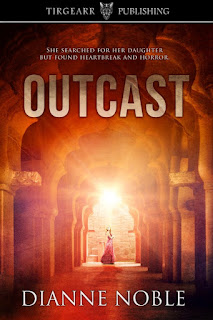 The first time I visited India I was ten years old, flying back to England with my parents and brothers after a three year tour in Singapore. Our RAF Hermes plane took almost three days, stopping in several countries to re-fuel, and de-ice the wings. We'd travelled out in a troopship, the Dunera – a whole month and school lessons every day – but the Suez Canal had been closed so here we were in Calcutta, as it was then known. I remember the heat, the highly spiced kofta they gave us for breakfast with a fried egg, which none of us could eat, the hole in the floor toilet we had to squat over while flies buzzed around us, the strange smells and sounds. How could I have known I'd begun a lifelong love affair with India?
A single parent for much of the time, I had to wait until my children had grown and flown before I could travel to Rajasthan, the princely state of maharajahs and palaces. Since then I've been all over the country, generally on India's excellent trains, from Delhi and Agra in the north where the Taj Mahal reduced me to tears, to beautiful Kerala in the south, the temples of Bhubaneshwar in the east and vibrant Mumbai in the west, yet still, time after time I am drawn back. Next year I hope to travel the width of the country by train, up to its border with Pakistan and then into the Himalayas. My modest house – I spend all my money on travel – needs replacement windows but hey!
Ten years ago I volunteered to spend three months teaching English to street children in Kolkata. While there I realised what it is I love about the country –it's the people. Despite great deprivation they laugh and are joyful. This time in Kolkata proved to be the hardest thing I have ever done. Broken, crumbling buildings sit amid lakes of raw sewage; filthy children encrusted with sores are homeless; families live on a patch of pavement so narrow they take it in turns to lie down. They give birth – and die – there. Yet their indomitable spirit shines through.
I feared I couldn't do it, felt my resolve dying daily amid the horrors and hardship, but I started writing a journal and it saved me.
Imagine your shirt sticking to your back as you edge round a goat, swat at flies and cough as smoke from pavement cooking fires catches in your throat. After four hours of threadbare sleep you're trying to find the group of street children you've come to Kolkata, India to teach English to as a volunteer.
Your ears hurt with the noise – shouting, blaring horns, a backfiring bus. A cow stands in the middle of the road, munching impassively on an old newspaper, as traffic edges round it. This animal is holy and if a driver were to run into it, he would be dragged from his car by an angry crowd and beaten up.
Heat beats on your head like a hammer as you search among blackened buildings whose stonework crumbles like stale cake. There is a smell of spices and sewage, urine evaporating in hot sun.
When you see the small group it takes you an age to cross the road, weaving between rickshaws, yellow taxis, tuk tuks festooned with dusty tinsel. The children are so tiny – malnourished – with bare feet, cropped hair and laddered ribs, but they shriek with laughter when you try to speak to them in Hindi. They stroke the pale skin of your arms and clamber on to your knees as you sit, cross-legged and crampy, on the bare earth floor. They are a joy, desperate to learn English, desperate to improve their position at the bottom of the luck ladder.
When you get back to your small room that evening your feet are gritty and blistered, your chest is raw with exhaust fumes and you are unbelievably filthy. Sweat makes white rivulets down the dirt on your face and you feel, and doubtless smell, rank.
By the end of the first week you will be overwhelmed by the magnitude of the poverty, despairing at the smallness of your contribution. How can you possibly do this for three whole months? Whatever were you been thinking of when you signed up?
Maybe, like me, you'll start a journal and at the end of every day, no matter how tired you feel, you'll write down every detail of your day – how the children are progressing, who made you laugh, who can now write their names, how much their poor chests rattle, who has the worst sores. It's a sort of de-briefing you might find cathartic.
Despite having nothing, the children giggle and fool around, laugh and sing, hang on to you, desperate for cuddles, Everywhere you go in this dreadful place Bengali men and women will get used to seeing you, wave and call out 'Hello, Aunty' (a term of respect for women of a certain age) At the wayside shrine even jolly, elephant-headed Ganesh will be wearing a broad grin.
My diary covered three months and formed the basis for A Hundred Hands which tells the story of Polly who saw the plight of the children living on the streets and stayed to help. Outcast features the plight of the Dalits, the Untouchables. I have been back to India many times. Despite its horrors the country is mesmeric and its people a joy.

Rose leaves her Cornwall cafe to search for her daughter, Ellie, in the steaming slums of Kolkata, India. In the daily struggle for survival she is brought to her knees, yet finds the strength to confront the poverty and disease and grows to love and respect the Dalit Community she is helping. But then there are deaths and she fears for her own safety. Her cafe at home is at risk of being torched, and finally she has to make the terrible choice between the Dalits and her own daughter.
Genre Romantic Suspense
Book heat level (based on movie ratings) PG
Publisher Tirgearr Publishing
Amazon https://www.amazon.co.uk/Outcast-Dianne-Noble-ebook/dp/B01BLL9CVO
Barnes and Noble http://www.barnesandnoble.com/w/outcast-dianne-noble/1123400384
Kobo https://www.kobo.com/gb/en/ebook/outcast-51
Smashwords https://www.smashwords.com/books/view/614347

I think I became a reader before I could walk. While other people had childhood memories, I amassed a vocabulary. I was born into a service family and at the tender age of seven found myself on the Dunera, a troopship, sailing for a three year posting to Singapore. So began a lifetime of wandering – and fifteen different schools. Teen years living in Cyprus, before partition, when the country was swarming with handsome UN soldiers, and then marriage to a Civil Engineer who whisked me away to the Arabian Gulf.
Most of the following years were spent as a single parent with an employment history which ranged from the British Embassy in Bahrain to a goods picker, complete with steel toe-capped boots, in an Argos warehouse. In between I earned my keep as a cashier in Barclays, a radio presenter and a cafe proprietor on the sea front in Penzance.
Website www.dianneanoble.com
Twitter www.twitter.com/dianneanoble1
Facebook www.facebook.com/dianneanoble