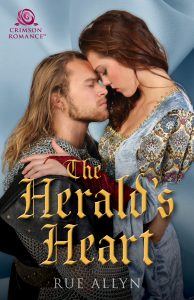 Historical romance author Rue Allyn lives in southeast Michigan with the love of her life and one tyrannical cat, where she works daily on making Happy Ever After come true.

Title The Herald’s Heart
Genre Medieval Romance
Book heat level (based on movie ratings): R
Royal herald, Sir Talon Quereste could never love an overly adventurous, impulsive, argumentative woman of dubious background who threatens everything he values. Lady Larkin Rosham can only despise a man who would deny her identity and steal her heritage. So why has fate thrown them together to solve the mysteries of the heart?

Welcome to Romance Lives Forever! We're happy to have you here today.
Name: Lady Larkin Rosham aka Liar Larkin
Age:  Twenty three
Gender:  Female
Birthplace:  Rosham Castle, on the coast of Northumbria
Profession:  Carter
Describe your body and build, skin tone, height and weight. Include any unique features such as dimples, freckles, or scars.
I am of medium height with a slim build. As for the rest, Sir Talon Quereste describes me this way: “She possessed the most beautiful face he’d ever seen. A delicate nose flared in a perfect oval framed with fiery red tresses. Long, dark lashes fluttered over bright, exotically tilted blue eyes. A berry-red mouth formed an O. Ivory satin skin pinked over high cheekbones.
Who is the significant other in your life?
I was married by proxy to the Earl of Hawksedge, Sir Talon’s father, but murder prevented me from every truly becoming the Earl’s wife. Now that I’ve met the son, I can honestly say he fascinates me. However, I have my doubts that he is truly the man for me.
Please tell us a little about yourself.
I’m a fairly simple woman, thrust into extraordinary circumstances when my family was murdered by the man I was to marry. I suffered from what is now called hysterical muteness for seven years. When I finally regained my voice no one would believe me when I told them I was Lady Larkin Rosham, Countess Hawksedge. Instead they proclaimed me Liar Larkin for telling a truth that the murdering Earl of Hawksedge did not want to hear.
If we could only hear your voice (but not see you) what characteristic would identify you?
There was a time when you would not have been able to hear my voice. Now, I would say that my defining characteristic would be clarity. My voice is a very clear alto and quite soothing when I am not compelled to shout.
Do you get by, live comfortably, live extravagantly?
I’ve been living hand to mouth, since I left the abbey where I took shelter during my mute years. The abbess was kind enough to help me find a hut to call home and gave me a cart and horse to use in making a living by running errands for the folk of Hawkingsedge.
What inner doubt causes you the most difficulty?
That I may never be able to convince anyone of the truth that I am Lady Larkin Rosham.
What is your breaking point?
Betrayal. The betrayal of men has caused me no end of pain and anguish, first my proxy-husband, then his son who claimed to believe me then thought me capable of murder.
What would you like to tell your writer?
You should have made Talon believe me sooner. We would not have suffered so much, if you’d given him just a smidgen more faith in me? 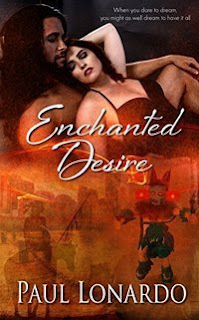 I have had published both fiction and non-fiction book published, including titles that have been excerpted in Reader’s Digest (Caught in the Act, Penguin Group, 2011) and reviewed in Publisher’s Weekly (Life, with Cancer, Health Communications, Inc., foreword by Anna Quindlen, 2012).
From the Ashes, a 2010 collaborative book written with a Gina Russo, who survived the deadly 2003 Station Nightclub fire in RI which claimed the lives of 100 people, became the basis of a 2013 documentary web series, The Station.
Thrill Killers is a 2007 true crime book (New Horizon Press, Berkley paperback, 2008) written with the Johnston, Rhode Island detective who headed the investigation of a brutal double homicide.
I was interviewed as part of NBC’s documentary program, I Survived a Serial Killer, featuring the true crime story depicted in the book  Caught in the Act.
I had my first romance book published (Reunion of Souls, Liquid Silver Press, June 2015).
Enchanted Desire , my second romance novella, is published by Wild Rose Press 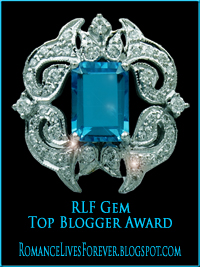 Each month, the RLF Gems post ranks in the top ten, but is not counted, in order to focus on guests. The winners are judged by page views. Congratulations to each one!
1 Tina Donahue
2 J Arlene Culiner
3 Rue Allyn
3 Mary E Thompson
4 Milou Koenings
5 Lisa M Owens Romance Lives Forever features authors and new books. It has a blogger's FAQ page with a downloadable guide and six optional interviews. Readers can follow via Google+, Networked Blogs, Linky Followers, email, an RSS feed, and there's a blog button readers and authors can grab. Authors can share previous books. The blog uses author or publisher names as tags on posts, and author Twitter handles in the titles. The site is broadcast over Triberr with a potential reach of over 3.5M readers via its Twitter-linked network. Twitter mentions are also gathered in several Paper.li ezines, giving the author additional opportunities for promotion. The Romance Lives Forever Paper.li ezine features only guest authors.

Limited spots to share book covers are available. Cost is $5 per month, with a 20% discount for one quarter and up to one year. Covers can be changed monthly.

Author Nicole Morgan assists me with scheduling for Romance Lives Forever. She is the blog admin. Look for emails from her. Nicole and I want to ensure everyone who requests a spot on the blog gets a personal response. Please use this email if you have questions or need help: rlfblog-owner@yahoogroups.com We both receive email sent here. You don't have to join a group or do anything special. This group simply provides a joint email for us and streamlines things for you. The email address is included in all downloadable interviews on the FAQ page.

My thanks to all who took part this month. You made Romance Lives Forever a great place to discover new books and authors.
Other participants this month in alphabetical order by first name are: